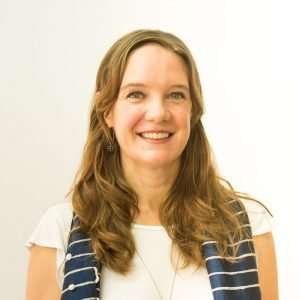 In February, Ock Pop Tok was invited by the Asian Development Bank to help with a poverty reduction project focused on building the artisan industry in Mon State in Myanmar.

The project is called The Economic Empowerment of the Poor and Women in the East-West Economic Corridor, funded by the Japan Fund for Poverty Reduction (JFPR) and administered by the Asian Development Bank (ADB) Myanmar.

Located in the southeast of Myanmar, Mon State shares a border with Thailand and runs along the Andaman sea on its Western side. As such, trade and tourism with Thailand along the East-West corridor constitute a major potential driver for Myanmar, and specifically, for the local economies of Mon State with the development of the new highway that will connect five countries.

The project supports the launch of a MADE IN MON brand. The strategy, grounded in the Mon cultural heritage, promotes the development of new products using indigenous materials and ingredients. The products range from hand-woven cotton textiles and garments, using natural dyes; bamboo handicrafts; hand-made natural soap; traditional biscuits with innovative Myanmar flavours; and dried fruits and jams.

We were invited to work with the textile group to develop their natural dye techniques to increase the quality and intensity of the colours obtained. They also wanted specific help with achieving the bright blues from indigo. As with many artisan groups over the past few decades they lost their indigenous knowledge related to natural dyes, because they switched to using synthetic dyes which are easier to use and less expensive. However, there is a higher market demand for natural dyes, which is why they want to relearn traditional techniques.

We assembled a team of three members; Euay Navon from Ban Nayang, an expert in dyeing cotton with indigo, Mrs. Sengchan, Head of Activities at Ock Pop Tok who specializes in teaching natural dyes techniques, and Hilary, Head of Sales and Marketing as the trip leader and hired to do a marketing and business strategy workshop with the ADB team.

We flew to Yangon one evening arriving later and exhausted. The next morning we had a few hours to explore before our ride came to pick us up. So we walked to the nearby Shewdagon Pagoda and explored. It was stunning and fun to compare it with the temples in Laos.  We definitely took noted of the no shoe policy in the entire pagoda! After a quick walk around we got picked up for our 7-hour drive to Mawlamyine, where the project is headquartered. The beauty of the area and the fact that our hotel was right on the water impressed us. We met up with Valeria, the consultant for the artisan project for quick dinner and some planning that evening.

The next morning Valeria took us to the ABD office in the centre of town to meet the team. We sat around a small table and did introductions. Their team consisted of Paul (an international consultant from Peru) – the Project Team Leader, Kay Zar – the local project coordinator, and Htay, project assistant. Paul briefed us on the project plan and progress to date.  The project encompasses 5 areas for development but we were mainly there to help with the weaving group.

After lunch we travelled one hour to the village of Mudon, where we met some of the weavers. We stopped at a house and got out to visit with the weaver who lived there. Valeria wanted to review the designs and see the newest colour combinations. We were impressed with their three pedal-loom. Sengchan and Navon studied it carefully. The loom that the group uses is very similar to the one that we use in Laos, but we normally weave with 2-pedals or 4-pedals. We watched the weaver work for a while and learned about their traditional designs.

Then we went on to the house where the indigo is kept. One of our main goals was to help the group with their indigo dyes. They were having a hard time achieving the brilliant blues that make indigo famous and Euay Navon is an expert in indigo. She is from Ban Nayang, a village known for its indigo dyes and Navon has been cultivating and dying with indigo since she was a little girl. It is in her blood!

The second she saw the pots her eyes lit up and she immediately went to work adjusting their recipes.

Finally we went to last house where we would be doing the natural dyes workshops the next few days. We met some members of the group and got all of the supplies set up for the training the next day. It was interesting to note the similarities between these villages and the ones of northern Laos. Both villages have similar style houses made of bamboo and set up on stilts, leaving room for the looms and other activities underneath the house. A notable difference was the fact that a traditional house in the Mon village was set next to a modern concrete building. This area of Myanmar is very close to the border with Thailand. The team explained that many people go to Thailand in search of work and then send back remittances to their families in Myanmar. The families use this money to build modern houses.

The next day we got up early and headed to the village. We arrived early to set up and the women trickled in over the next 30 minutes. We did introductions and I explained the structure of the workshop and then we got straight to work creating a dye with the Sappan tree. We lit three fires, one for creating the dye with the ingredients from Laos, one with natural local ingredients, and the third we used rusty nails for the mordant.

No one knew the name of the bark that we brought for the mordant, but the village was confident that they could find something similar.

It was beautiful to see how the women had bonded after only one day of working together.

We gave a few people samples and they ran off searching for the local match. As each specimen arrived Navon and Sengchan smelled and tasted the bark refusing several samples until we found the closest match. This was one of the most interesting materials to use because the results varied greatly. The Lao wood and bark made a beautiful bright red, but the local ingredients made a more rusty tone. We were searching for a bright red so we had some work to do.  The good news is after the dye sat for a few days we finally achieved the bright red that we were searching for.

After lunch we made a yellow dye from turmeric and an orange from annatto.  We used fresh annatto from Laos and they had annatto powder from Myanmar. Again the colours varied based on where the ingredients came from. However we were able to help the group to adjust their recipes and incorporate a few tricks so that they could achieve brighter colours that they wanted. We also helped change the way that they were using the mordents so that the colours would fix to the fabric and not run. It was beautiful to watch everyone work together, all in their element. While the women were not able to communicate through words, they worked together and made bonds beyond language.

It was an honour for Ock Pop Tok to be sought out and invited to participate in this project.

When we arrived the next day the women were already at the house waiting for us and excited to get the day started. Again we worked with the sappan tree, and we used fresh local annatto instead of the powder. We were able to achieve a new pink colour with the local sappan however; it was not until the third day that we achieve the bright red that we were aiming for.  We did get a nice orange from the fresh annatto and the group will continue to use the fresh seeds in the future instead of the powder.

It was beautiful to see how the women had bonded after only one day of working together. The women from Myanmar were much more active on the second day, anticipating needs and writing down recipes. And Sengchan and Navon felt more comfortable as leaders and teachers as they saw that people were interested in what they were teaching.

After lunch we focused on indigo. First we processed the fresh indigo leaves to teach the women how to make their own indigo paste. Then we made a batch of indigo using our paste. Both of these dyes needed to ferment so we were not able to test the fruits of our labour that day. After making these two fresh batches, we went back to the house where they keep the indigo vats. Again Euay Navon went to work adjusting the recipes and worked with the women on how to feed and care for the vats in order to ensure great results.

The final day, we had to split the teams. Sengchan and Navon went back to the village to work with the women on more dyes and I stayed with Valeria and Paul to help create a business plan and structure for the group and to advise on quality control and marketing strategies.

This final day is when Sengchan and Navon achieved the bright red colour that we wanted using the Sapan tree from Myanmar and the local bark for the mordent. We learnt that for this dye, the local ingredients just need to ferment for 3 days in order to achieve the desired results. They women also worked more with the indigo and refined recipes for the annatto and turmeric dyes.

Back at the headquarters we mapped out a business structure and plan for the project, using the Ock Pop Tok business model as a starting point. Then I shared some business tools for grassroots artisan groups about quality control, creating a collection, costing, the order process, and production calendars. Paul and Kay Zar were excited by the ideas and energized to put these plans into action.

It was an honour for Ock Pop Tok to be sought out and invited to participate in this project. We are known as one of the best organizations in the region for natural dyes and business skills development. Generally we do these types of trainings with villages in Laos as a part of our Village Weaver Projects, however this time we got to share our knowledge with a new country and we learnt along with them. We wish Made in Mon the best of luck and look forward to collaborating again as they continue their journey to build this artisan brand.